We recently attended a site to change the rear main oil seal on a Caterpillar 3516 gas engine.

There’d been a leak from the flywheel housing, so we were rectifying that, along with investigating a knocking noise reported when running.

This engine was removed from the site and completely overhauled by the OEM in 2019.

The knocking noise was present when the engine was returned to the site and commissioned and a new set of pistons and liners were fitted by the same service provider between 2019 and now, all in an attempt to solve the knocking noise.

During our attendance, our engineer found evidence of oil leakage on the timing cover behind the flywheel. 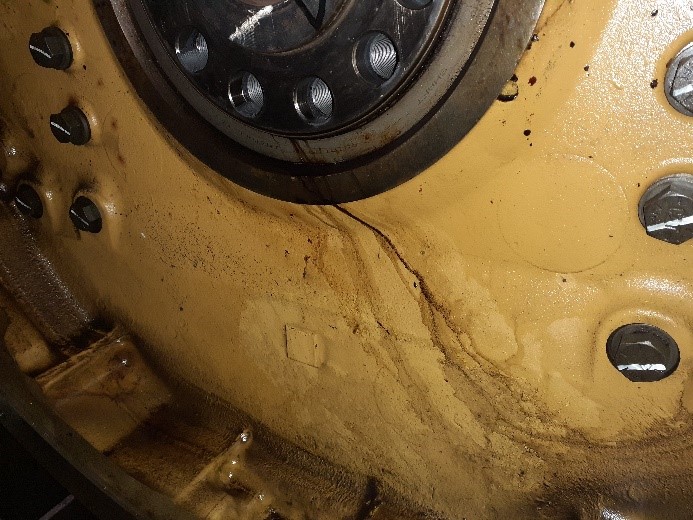 Using Caterpillar special tooling, he removed the crankshaft seal and wear sleeve from the engine and a dti was mounted on the end of the crankshaft to check the main bearing clearance.

Our engineer suspected the excessive bearing clearance may have caused the seal to leak and continued, removing the No9 main bearing cap to inspect the main bearings.

The cap bearing was in a very poor condition:

On rotating the crankshaft to ‘spin out’ the case bearing, only part of the bearing moved, with the other part remaining stationary, indicating that the bearing shell had broken into two pieces.

When both pieces of the bearing were removed, it was immediately obvious that the crankcase bearing had suffered a catastrophic failure.

This type of failure is something we have never seen before. 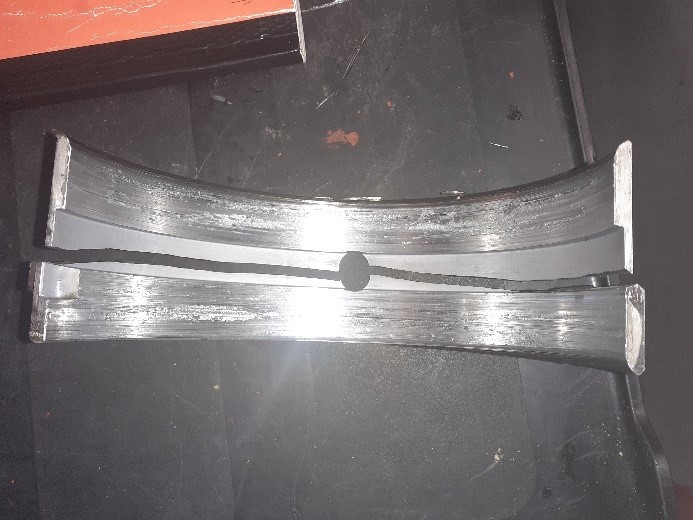 The main bearing crankshaft journal No9 was inspected for damage and multiple score marks were found. 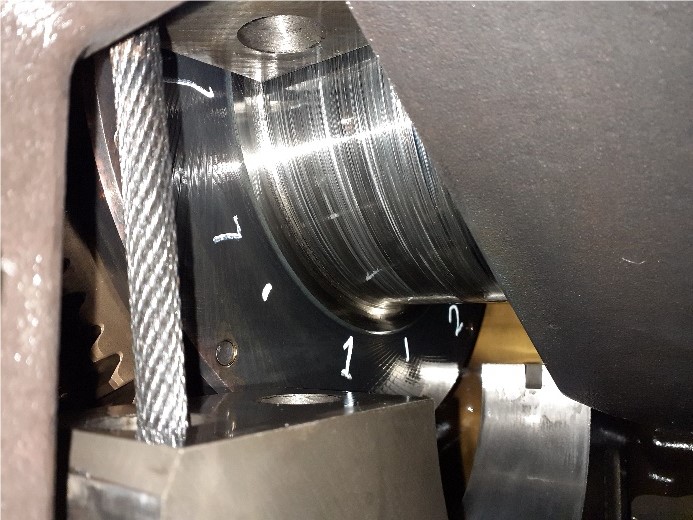 These were more severe on one side of the shaft than the other which may indicate the journal is now out of round.

Unfortunately, the only way to measure the journal accurately is to remove the complete crankshaft from the engine.

Due to the damage found, the engine will be removed from the module onsite and brought to Bartech HQ for repairs.

It takes a lot to surprise our engineers, but finding this certainly did!