A client needed us to inspect it for an insurance report, and we were happy to oblige.

And although you might think that “insurance report” means a new engine, that’s not always the case.

We started inspecting, and it was clear that there was work to be done – the engine skid had had a fire on the gearbox, with the engine ingesting fire into the turbocharger.

As a result, the blades had started melting, and in turn, the engine had started to run away, which resulted in the operator sensibly shutting it down.

During the strip down and inspection, one of the things Andy noted was pitting on lobe 1 of the camshaft. 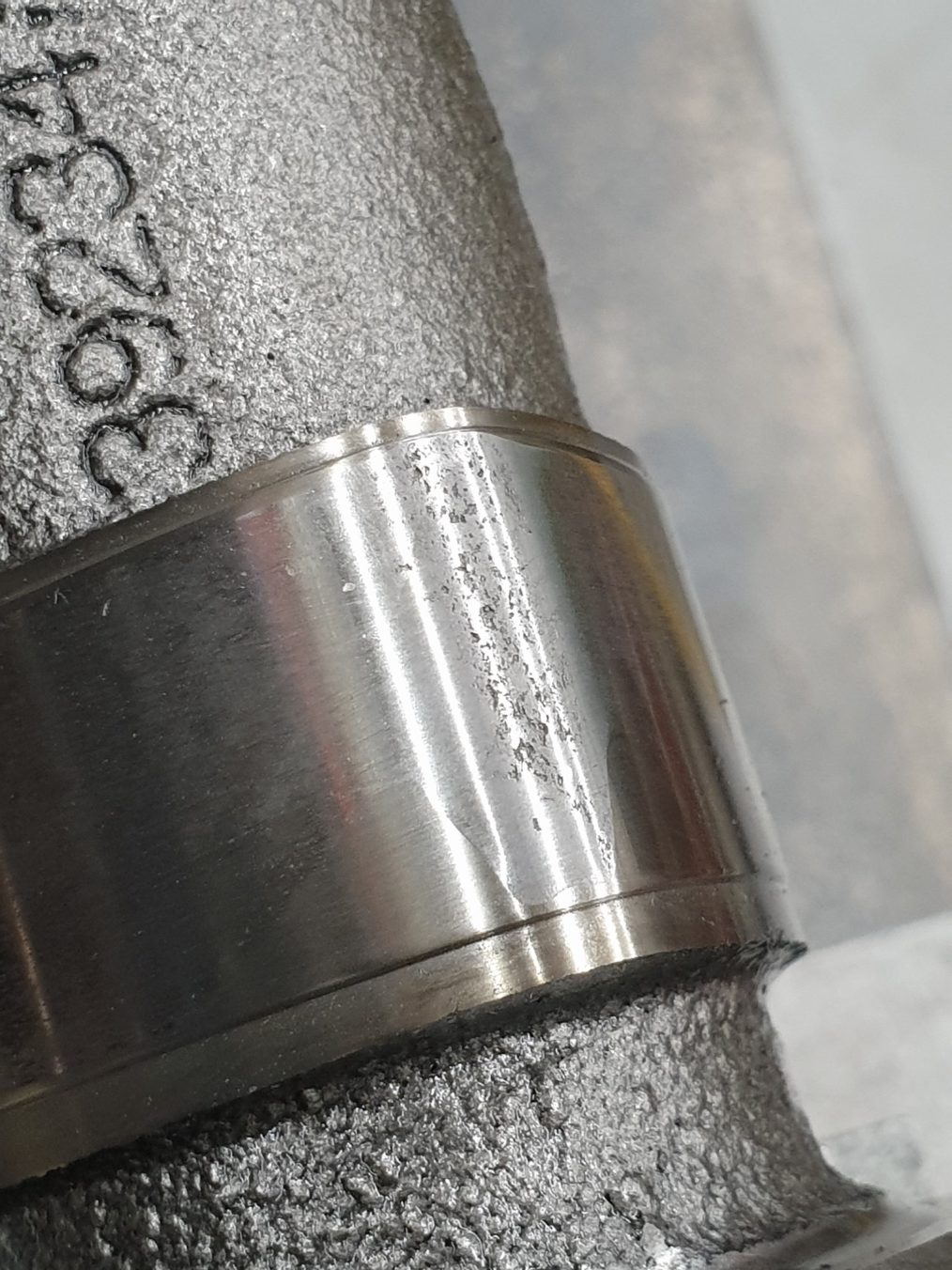 This can be cause for a new engine in itself, but it doesn’t have to be.

Our workshop means we’ve got the capability to stone this out, bringing it back to spec, and saving additional time and cost.

Some might prefer a write-off and a new engine, which is understandable unless you have a unique setup like this operator has…

The engine is not a standard installation. It has a hydraulic pump attached, which would need replacing, as would the control system and gearbox, as well as the need for a new skid to be manufactured.

As a result, not only is it more cost-effective to repair, it’s also quicker and simpler too.

Once again, this situation emphasises the need to get a correct evaluation with the full story and ALL options when faced with issues on your engine.

Just because many companies will not offer a fix, doesn’t mean there isn’t one.

If you have any engine issues or failed components that you would like an opinion on, please let us know – we’d be happy to help and see if we can save you time and money.