The other day, we received a newly overhauled Caterpillar 3508 engine from a marine operator. The work scope was to relocate the governor from the starboard side of the engine to the port side.

As the Senior Engineer on the project, I got to work, disconnecting the governor from the engine and placing it on a governor stand, whilst also moving the supporting shell bearing to the left-hand side of the engine.

As standard, before removing the maximum fuel stop screw, I also checked the fuel rack movement.

That check showed the movement to be 37° and once it was refitted to the LHS, we adjusted to give 37° of rack movement as before. 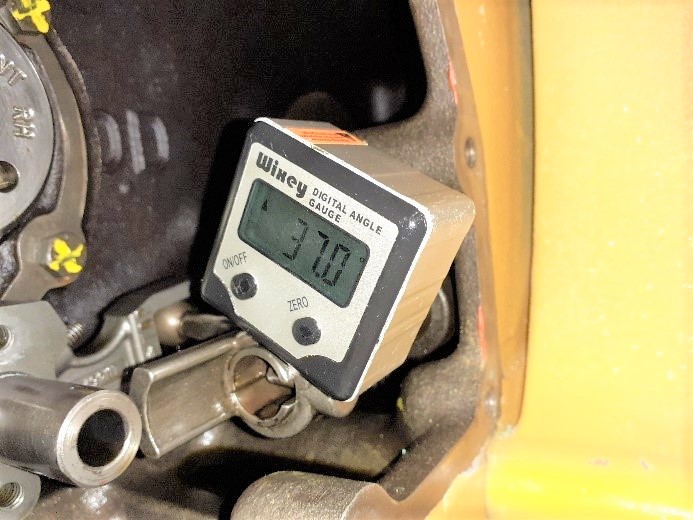 We also carried out the following:

*These levers are handed so the original lever was not suitable for operation with a governor mounted on the LHS of the engine.

Once the relocation was complete, we set the engine up for a test run to ensure the governor was operating correctly.

After completing the first part of the test run, and the refitting of the rocker covers, we then turned it over without holding the manual fuel shutoff lever and it fired immediately.

Idle speed was measured and the manual speed lever on the governor was tested, with the engine increasing and decreasing speed as desired.

When completely satisfied, we drained all water from the engine and the oil was pumped out of the sump. All orifices were then covered, and the engine wrapped for shipping.

If you have an engine setup that is not ideal for your installation area, let us know, we’d be happy to advise how we can adapt it to suit.